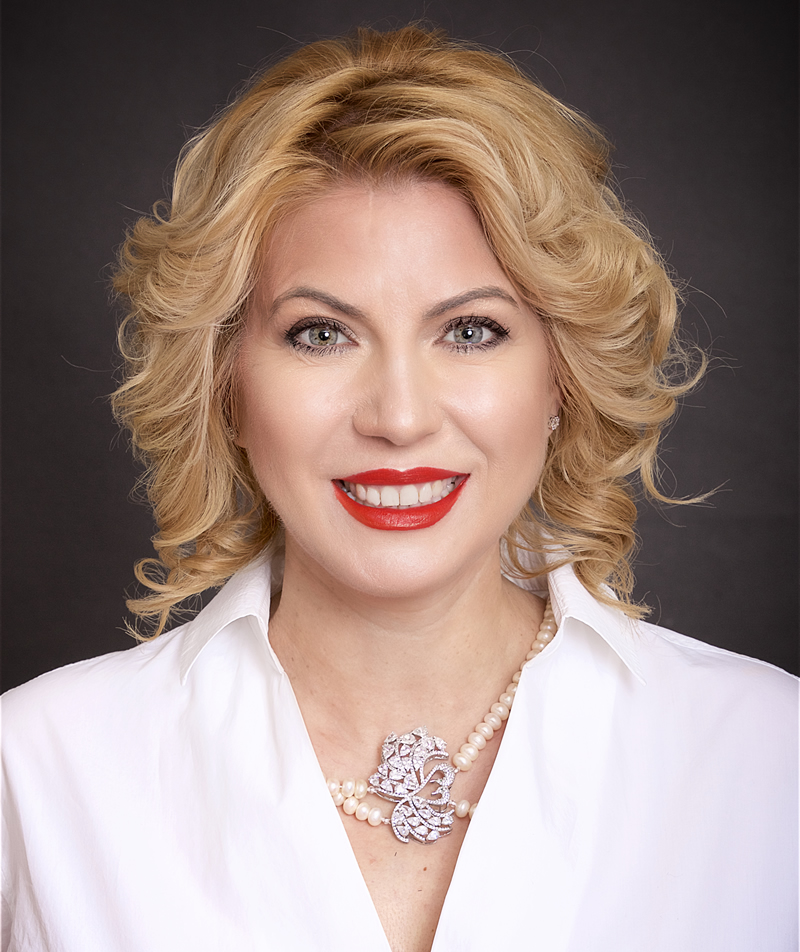 Cristina Chiriac is a PhD in Economics of the Romanian Academy and has extensive management expertise accumulated over fifteen years of activity in both the administrative and the private sector.
Specializing in finance, banks, stock exchanges and insurances, assessor, consultant and financial auditor, insolvency practitioner, mediator and international mediator, Cristina Chiriac publishes numerous specialized articles, international and in November 2016 it publishes the only relevant book on privatizations: the Great Privatization, counting amongst the few Romanian economists who have researched a subject of such magnitude, covering the entire process of ownership restructuring, from the beginning to at present, and determining the success rate of the privatization process of over 7,700 companies.
After assuring the management of the World Trade Center Bucharest and before that of important state institutions such as the State Assets Recovery Authority leading the post-privatization and insolvency departments as Vice-President, Cristina decided in 2012 that it really is in the area of entrepreneurship, which it is currently supporting with all its strength, militating for reforming the system and promoting entrepreneurship.
In recognition of her merits, Cristina receives the title of Ambassador of Women Entrepreneurship as part of the “European Network of Women Entrepreneurship Ambassadors” and Mentor of Female Entrepreneurship, as part of the “European Network of Mentors for Women Entrepreneurs” titles awarded by the Commission European Union in 2010 and 2011 respectively.
Because she is also a mother, not just a business woman, Cristina Chiriac has initiated several charity projects, among which we mention the campaign to help children suffering from tuberculosis “Help her breathe!”
Cristina Chiriac is the President of the National Entrepreneurship Association, one of the most important nonprofit associations for entrepreneurship, whose foundation puts together with several entrepreneurs in 2013, and through which he advocates entrepreneurs’ rights with a focus on small businesses and medium-sized businesses, supports entrepreneurship education and actively contributes to promoting and encouraging entrepreneurship in Romania, as she says.
In 2017, Cristina Chiriac, together with other entrepreneurs, puts the foundations of the first employers’ building dedicated to women entrepreneurship, and thus the Federation of Employers’ Employers’ Federation (Federaţia Patronatelor Femeilor Antreprenor) is born.
8 March 2018 enters the history of female entrepreneurship in Romania with the official launch of the Women Entrepreneurs ‘Employers’ Federation, an entity dedicated to the business women’s communities in Romania. The initiative to set up FPFA comes at an important moment and strongly correlated with the status, the evolution and the needs of the Romanian entrepreneur woman.
“Flower Flowers” is Cristina Chiriac’s soul project, in it all the ingredients for which it militates: entrepreneurship, rural development, equal opportunities, promotion of Romanian values and origins. Vienna, London, Shanghai, Abu Dhabi, New York, Tokyo, Dubai or Moscow are just some of the big capitals where Cristina Chiriac had the courage to expose the Romanian language, thus demonstrating that Romanian is the best ambassador of Romania and revitalizing the same an important segment of craftsmanship.
Being proud of her origins, Cristina tells her blog www.cristinachiriac.ro
Every life is a story and every story has a trick. Just as in life, stories build up over time.
And all the time, all those lived or narrated are revealed. Joy or sadness, certainties or doubts, defects and qualities all give the measure of the human being. With every choice I made, but especially with every thing I chose not to do, I made a destiny. What I am is my choice and this perfectly describes my reasoning to be. Everything that I feel and thinks defines me in the most intimate way because I am in everything I do. It’s me and me next to me. It’s me and my friends. It’s me, my family, my friends and those I want to tell them that I care. I was born in Câmpulung Muscel. Somewhere in Arges. To grow up I grew up in the middle of a family of honest and rebellious men. Loyal to a tradition, my parents stubbornly insisted on forgetting what had to be formally forgotten and agreed on by the party. Though well trapped in the soil of tradition, mine did not hesitate to assess the advantages of the future. They actually lived in the hope that one day we, their children, would do better than they did. I grew up in the ambiance of a balance between memory and present, of what I am and what can become. Even in the early years of my school, in the home of my childhood, names like Theodor Aman, Ion Barbu, or Nicolae Golescu, to remind only a few of them, had a familiar resonance.